Deprecated: Array and string offset access syntax with curly braces is deprecated in /home/ipagoa.org.in/public_html/wp-content/plugins/si-captcha-for-wordpress/captcha/securimage.php on line 726

Asylums run by IPA (Provedoria) for orphan/poor boys and girls. 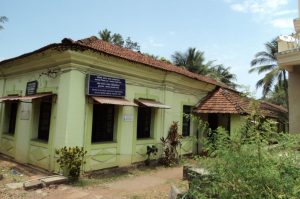 The Alberque do Sagrado Coracao de Jesus, home for the aged started in 1978 by a band of dedicated friends of late Aristides da Costa to perpetuate his memory.

It was administered by the Hospicio Hospital which was founded earlier by Fr. Antonio Joao Miranda in 1867. It was originally situated with its entrance on the cemetery Road and annexed to Hospicio.

The Alberque was shifted in 1972 to its present building with its main entrance on Bernando da Costa Road.

This Asylum is situated in the serene and verdant village of Calata.  The palatial 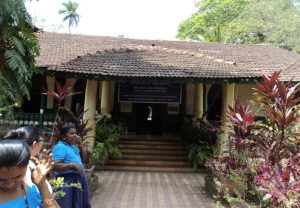 house, with old world charm of Portuguese style in pristinely located at Godinho Vaddo, belonged originally to M/s. Pedro Paulo Godinho & Afonso Godinho, one of the illustrious families of the village.  This house has a pleasant surrounding admist lush green coconut and mango groves. This place was donated to Provedoria  by the Philanthropist and humble pastor the  Rev. Mons. Maximo Godinho in the year 28.10.1954.

To know little more about the history of this house, Mr. Pedro Paulo Godinho left the house so that Mr. Afonso Godinho became the single owner. His descendants settled in Portugal and in order to recover the encumbrances, the house alongwith the properties were sold in public auction in the Civil Court. Mons. Godinho who was born in that house felt the house return to the family and could be utilized for any humanitarian purpose.  He purchased it and after total  renovation handed over  to the charity Sisters with the condition to open a Health Centre to cater to the needs of the people of the locality.  Since the condition imposed was not compiled by donee, it was removed and given to Provedoria.

It is in this house that Provedoria accommodates exclusively female senior destitutes, crippled, ailing and aged citizens from different creeds, caste and from all concerns of state of Goa.  This is the place where inmates are being attended with their basic needs such as food, medicines, clothing etc. including spiritual guidance.  The capacity of the home is 40, and at present 27 female are sheltered in this house.

The Centre of Cuncolim was founded by the Institute of Public Assistance and was inaugurated on 3rd March, 1966 at the hands of our late Director Mr. Ananta Camotim.

Initially the sole purpose for the foundation of this Centre of  Cuncolim was to cater to the needs of upliftment, love, care, protection, education and over all development of orphan boys abandoned by their unwed mothers and poverty stricken parents.

After attaining education and adulthood all the boys were given jobs in various Goa Government Departmental Offices including our Provedoria, as they got employed, most of them left this Centre and chose their marriage partners and thus privately managed their homes and families.

Since 1985 this Centre caters to old and destitute men and women and at present there are 9 male and 13 female inmates are housed with a capacity of 40 inmates.

This Centre  is located in the largest village of Salcete known as Chinchinim.  The 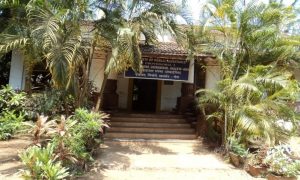 house originally belonged to late Shri. Paixao Rodrigues.  Due to unfortunate circumstances of the family,  this  house along with properties and paddy field came in possession of “Associacao de Caridade de Chinchinim” (Charity Association of Chinchinim) in the year 1885 who in turn has donated it to Provedoria on 21.3.1980.

In the beginning this Centre was taking care of grown up orphan boys (aged group of 6 years and above) by providing shelter, food, clothing and education.  The inmates after being rehabilitated are settled in their life.

Presently this Centre has transformed into Homes for the Aged, wherein Old destitute people are resting. At present there are 15 male who are presently sheltered. 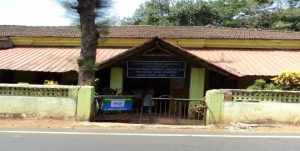 This home for the aged came into existence through the generosity of Adv. Joao Vicent  de Figueredo of Loutulim, who bought the landed property and the home was opened for women only on 10th November, 1955.  It was inaugurated on 10th May, 1956 by his Excellency, the Governor General Paul Bernarde Guded, and blessed by his Excellency,  Don Jose Vieira Alvernaz Patriarch, of the East India, Dr. Jose Antonio Ismail Gracias( of Loutulim ) who was then the  Director  of the Civil Services.

Then Rev. Mongr. Sebestiao Caetana de Piedade Cotta of Loutulim donated his entire assets to the alberque at the exclusive of his own relative and the chapel and the other wing were built .  He made St. Maria Magdalena the patron of the alberque.  The feast is solemnly celebrated on 22nd July each year.

This new wing meant for males was inaugurated on 12th Feb., 1961 by his Excellency the Governor General Vassalo Silva.  Dr. Jose de Silva Pereira was the then Director of Provedoria.

The Home can accommodate 40 persons in all and at present there are 23 female sheltered in the said Asylum. 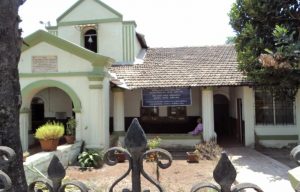 The Asylum of Mapusa is an annexe of the “ASILO DE N.S. DOS MILAGRES HOSPITAL” in the heart of Mapusa city.  This building was constructed in the year 1875.  This building was transferred to I.P.A (Provedoria) in the year 1977.  This Institution is maintaining old destitute people of both the sexes who are in need of shelter.  The capacity of the Centre is 40. Presently there are 28 female.  The staff has been rendering help to these inmates by providing services. 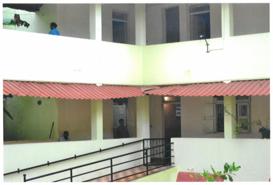 The Institute of Public Assistance (Provedoria) is maintaining old Aged Homes at several places in Goa.  One of such places is Home for the Aged at Chimbel.  The building for the Asylum was built in the year 1982.  Prior to taking over this old Aged home by Provedoria, the Health Department has transferred to Provedoria for maintenance of old destitute people who are shelterless and who do not have any source of income nor any relatives to take care of them or who have abandoned them.

The strength of this Asylum is 80. In addition the Government has declared this Centre as receiving Centre and certified Institution for the Beggars.

At present 28 male and 32 female with total of 60 inmates are staying in this Home. They require constant attention and care which is given by the staff of this Centre

The Institute of Public Assistance (Provedoria)  looks after their well being and in case of death the last rites are performed by Provedoria if their relatives  do not come forward for the same. The required  staff have been appointed by Provedoria to look after these inmates and for Welfare activities. 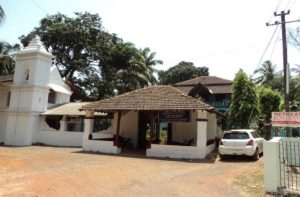 The present building of the Asylum of Candolim was donated to the I.P.A. (Provedoria) in the year 1951 by Mr. Fernando da Cunha Pinto. In this Asylum only male inmates are housed. The capacity of this Asylum is 40. Presently there are 19 inmates. The village Candolim is famous for tourism and many tourist visit this Asylum and meet our inmates. One Visually Impaired inmate is housed in this asylum named Shri. Anthony Lopes , and another shri. Bhadhur who is Polio affected these two are expert in Canning work. Most of the Government work is entrusted to these two persond who are doing this work quite well. 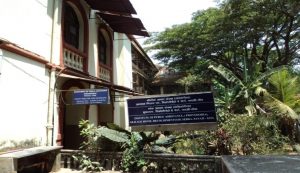 Recolimento de Serra located at Altinho.This Asylum was founded by earlier Santa Casa de Misericordia which were giving shelter to widows and destitute children. After Liberation the management of this Asylum was entrusted to the Directorate of Health Services.. In 1968 the said Asylum was transferred to the Institute of Public Assistance (Provedoria). At that time few inmates were staying in the said Asylum. Provedoria was asked to take care of the inmates.

Presently Provedoria is running this Asylum for old and destitute females.  The strength of this Asylum is 25.  At present 16 inmates are housed in the Asylum. 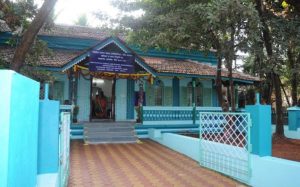 at Saligao, Goa is donated to IPA (Provedoria) on 11/03/2013 by (1) Mr. Jose Caetano Valente Da Gama,  (2) Mrs. Maria Generosa Pamela Da Gama, of Saligao, Bardez Goa, in view of services provided by IPA (Provedoria) in taking care of poor, destitute and old aged people. Their wish is that the “Victor Da Gama Retirement Home” be utilized for accommodating senior citizens which was then inaugurated on 27/02/2014

On an average the I.P.A (Provedoria) is incurring an expenditure of Rs. 1,800/- per head p.m. on every inmate on food. In addition clothing, bedding, etc. is provided free of cost. A Honorary Doctor has been appointed by the Provedoria to look after their health and all medicines are supplied by Provedoria free of cost.  For the recreation of these inmates they are provided with T.V., radio/ music , games like carom, football, cards etc. news papers, novels and religious books etc so as to relaxed themselves.  The I.P.A (Provedoria) looks after their well being and in case of death the last rites are performed by Provedoriaincase their relations do not come forward for the same.  For taking   care of these inmates and for their welfare, the staff have been appointed by Provedoria.

This Centre is an orphanage at Goa Velha, for giving shelter, education to the 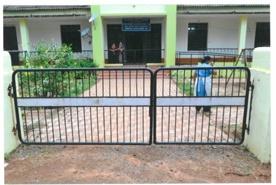 orphan and non orphan  destitute girls.  Many times due to unavoidable circumstances  parents are unable to bring up their children, may be due severe sickness such as leprosy, cancer, T.B. etc. or imprisonment of the earning member or financial problems, the girls given admission in the Centre and provided free education, food, medication, clothing etc. upto S.S.C.  Even after S.S.C. the girls are encouraged to go for higher education as per their aptitude so as to make themselves supportive.  The girls are also taught flower making, embroidery, etc. Presently there are 15 inmates. 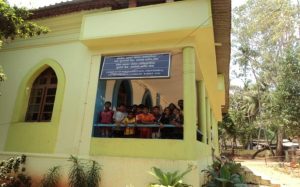 The Centre of Candolim in an orphanage for boys.  This premises was donated to this Institute by Late Smt. Luiza D’Souza in the year 1957.  It is a matter of great pride to mention that in this house the famous Hypnotist Shri. Abade Faria was born.  The strength of this Centre is 40.  Presently there are 20 boys in this Centre who are studying in the neighbouring  schools at Candolim.

The Institution provides them all the facilities including School books, stationery, clothing, food etc.  After these students pass S.S.C., they are encouraged to go for higher education depending on the talent of the student.

In the year 1996 one of the students from this Centre ShriSayedShaikh passed S.S.C. with good marks.  Presently he is studying in Government Polytechnic at Panaji.  All the expenditure on his studies as well as shelter is being met by this Institute.